Typography: Past, Present, and Future

Typography is often a term used by designers and others working in the print and web publication industries. Typography is the art or process of printing with type, the work of setting and arranging types and of printing from them, or the general character or appearance of printed matter. Simply, typography is the design and layout of characters and words on a page.

Originally, all books and other reading materials had to be written by hand. This was an extremely expensive and time consuming process. The average scribe could usually produce about 3 pages of text each day. Around 1440, Johannes Gutenberg invented the printing press. A printing press was a device used for pressing inked letters onto a material such as paper or cloth. The printing press is considered one of the greatest innovations of the previous millennium. Not only did it make printing more efficient, but it provided a way to distribute information across a much wider audience. The ability to mass produce books, short musings, and newspapers meant that people could learn more about other cultures and current events all around the world. It also increased the literacy rates of future generations. Because books were so expensive before the printing press, only the wealthy could afford them. A few decades after the printing press became popular and widely accepted, books became significantly more affordable and available to all classes of people.

The printing press was based on one central font when it was first invented. The original font is based on Blackletter, which is similar to the font used with handwritten material. Blackletter has thick horizontal lines and thin vertical connections. It was good for handwriting and scribing but not good for printing because the words were too squished together. Roman Type was created as an attempt to solve this problem. The first Roman type was Jenson; which had straight lines and modest curves, but the most recognizable Roman font is Cambria.

Italics were the next creation in the transition to typography as we know it today. Italics were created to save space and money when printing books and long form texts. This typography style paved the way for the three category of typography styles: old style, transitional style, and modern style. In the 18th century, William Caslon created one of the most popular typefaces in what we call the “old style” or “Antiqua” of type. Old style typefaces have very thick serifs and low contrast between the strokes. Typefaces created between about 1470 to 1600 are all considered to be old style typefaces. This style of typography was created to resemble handwritten text, but retain readability. The original Blackletter font is in this category.

The “transitional style” typefaces have thin serifs with high contrast between strokes. These typefaces were created as improvements upon the old style of typefaces. The most notable typeface of the transitional style category is Baskerville. Baskerville was created in 1757 by John Baskerville as a direct improvement to the Caslon typeface. Some of the most identifiable character features of Baskerville are: the “A” that has a loop that rises to the top and right to join the main stem, the “E” where the bottom limb comes out further than the upper limb, the “G” which has an open bottom loop, and the “J” which has a ball terminal at the bottom. Most of the characters in Baskerville have distinct ball terminals which differs greatly from the more slanted and angular shaped characters of the old style typefaces.

The “modern style” typefaces have very thin serifs with extreme contrast between the strokes. Modern style typefaces were created to strike or reject the old and transitional styles of typography. Typographers grew annoyed with typefaces based on handwriting, and ached for something cleaner and more contemporary. The modern style of typography was initiated by Firmin Didot and Giambatista Bodoni. Firmin Didot was the first to create a typeface based on the characteristics of the modern style classification. Thirty years later, Giambatista Bodoni popularized the Bodoni typefaces.

As typography continued to develop, new styles and variations on the serif were created. In 1816, William Caslon IV created the first printed sans serif typefaces. A sans serif typeface does not have the small projecting features (serifs) at the end of the strokes. Sans Serif typefaces are extremely popular for printed materials as well as digital materials. Sans serifs typefaces are the most popular typefaces used for digital only content today. Helvetica is known as the world’s favorite type face, and it’s one of the most popular sans serif typefaces. Other variations on typography include slab serifs and and geometric sans. Slab serifs were created for magazines and newspaper headers, and geometric sans are typefaces based on simple geometric shapes.

Where Typography Is Headed

Computers have given us the power to create unique typefaces. The high resolution screens provide unlimited possibilities for what we can see and consume. Designers and other creatives have used the power of technology to share millions of typefaces and typography based concept art. The internet has made it easier than ever to acquire information, and distribute works of art. Just like the typography of the past, future typography will be inspired by previous works. The ability to gain access to the past at an instant paves the way for an amazing and inspired future. 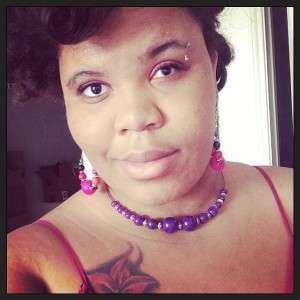